Steve’s musical career began when he was 8 years old. His first teacher was his father, Les Parker, a nightclub entertainer who played ukulele and tenor guitar.Steve played many instruments. He eventually settled on five-string banjo and the mandolin family as primary instruments.

His main focus became old-time string band music, and he excelled in ragtime music played on the mandolin. Steve’s repertoire was very diverse: he was as at home playing an Ed Haley fiddle tune as a Mexican Polka or a classical piano rag.

Steve was a great teacher. For twelve years, he taught at McCabe’s Guitar Shop in Santa Monica. He taught mandolin and banjo at festivals from Southern California to the Festival of American Fiddle Tunes at Port Townsend, Washington. He played at numerous concerts and dances. He traveled east a number of times to Clifftop, Pinewoods, Augusta, Ashokan, and other festivals.

In addition to his musical interests, Steve was a very talented artist. His drawings and paintings illustrate his books and together with historical photos make his books essential resources to those who play and appreciate old-time music.

He created this website to make his books readily available and to pass on the ragtime and old-timey tunes he transcribed to other musicians. Steve is no longer with us, but I am still printing and selling his wonderful books. 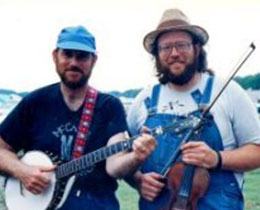 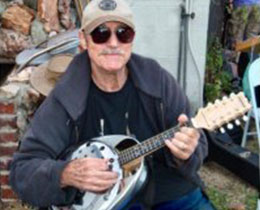 With commodium by Keith Cary 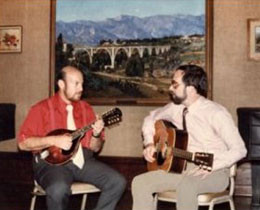